Metrarc announced today that it has won funding under the Smart Proof-of-Concept Fund from Innovate UK to work on a project called SecureIoT – Novel ICMetric Security for the Internet of Things. The Company will work on a project that will investigate the proof-of-concept of employing novel secure system techniques for deriving encryption keys from the operating characteristics of devices used in IoT (Internet of things) applications and focusing on dedicated sensor systems for sport and healthcare. This will build on the highly significant research results, underpinned by £2 million of funding from EPSRC and the EU. Metrarc’s technology is protected by a suite of IPR including 2 granted US patents.

As the IoT begins to burgeon the ability to establish trust and provence in the identity and integrity of devices and infrastructure becomes a paramount concern in areas where user privacy and personal data need to be respected and cyber crime prevented.
One of the best ways to ensure data is not breached is by the use of encryption technology. However, current encryption technologies store the encryption keys and this represents a vulnerability. Metrarc’s Founding CEO Professor Klaus McDonald-Maier said ‘Metrarc’s ICMetric technology does not store encryption keys or any other data and is therefore of great potential interest to IoT applications particularly where data security is paramount such as in healthcare applications.’

Metrarc Founder Dr Karl Heeks stated ‘The market for security based encryption for applications is growing rapidly and predicted to be enormous by 2020. We feel that there is a fantastic opportunity for key enabling technology from innovative companies such as Metrarc to help grow the IoT.’

Founding CTO Dr Gareth Howells said ‘We are very pleased to have been awarded this significant funding from Innovate UK and are excited at the prospect of delivering two proof-of-concept demonstrators in the area of the quantified self, healthcare and sports, which will showcase our disruptive technology as suitable for licensing.’

Cambridge based Metrarc is developing groundbreaking security technology for applications where high levels of security and authentication are important such as Internet of Things (IoT), e and m-commerce and quantified self applications such as healthcare and sports monitoring. Metrarc’s technology for deriving encryption keys directly from the operating characteristics of digital systems without having to store the encryption keys is a technology termed ICMetricsTM. For more information on Metrarc see www.metrarc.com or contact Professor Klaus McDonald-Maier at Klaus@metrarc.com .
About Innovate UK

Innovate UK is the new name for the Technology Strategy Board and they fund, support and connect innovative businesses to accelerate sustainable economic growth. For more information on Innovate UK see www.gov.uk/government/organisations/innovate-uk . 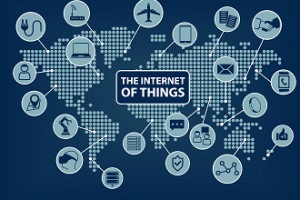 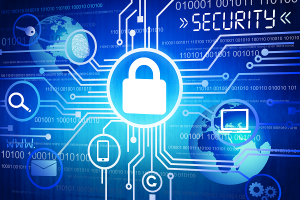